These can be either fixed or transportable systems that are designed to be based in airconditioned locations.  The Transportable Intelligence Node is intended for semi-static, office type facilities and is similar to the Fixed Intelligence Node except that the hardware is built into ruggedised, man portable cases.

Fixed Intelligence Node
This design is intended for static office type facilities. The design allows for the servers to be easily located away from the main office environment, thereby reducing noise and heat generation from the areas where the work station and users will be operating. The Fixed Intelligence Node has been designed to enable a number of additional work stations to be added, if required, with minimal changes 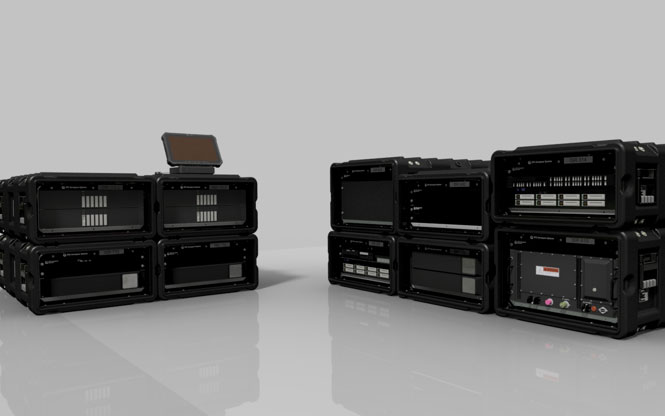